December 3 We arrive in Qualidiya, a beach resort-like town and immediately accept our first
offer to be led to a hostel, as the man offers us a good price.  Once we arrive to the beautiful
house we learn that the price is almost double what he'd promised.  We're moving on and the man
stops us again, insisting he can find us what we want.  He'll get paid, see, for taking us
to a hostel (meaning we, too, pay extra for comission).
We bargain the next house down to a reasonable price, before discovering that the TV
in fact has a cut cord and the bed is hairy ...
Then the woman starts asking for us to pay for other things, like the commision separately from the agreed on price.  We refused and managed to avoid her a lot throughout our stay.

But David and I dont really mind.
but it would have been nice to have more blankets.
We'd planned to visit a kasbah (old city made of mud) a cab ride away from qualidiyya but we
spent our time in the peaceful city being lazy and basking in the joys of friendship over cards
story telling and general mucking around.
Laughing about happiness and the beauty of the world.
That sort of thing.
In Essouraera we spent the first two nights having nightmares.  The next night neither could
sleep etc etc And its crazy ! Our psychs are interlinked!! I suspect we struggled to sleep
though because since Morocco travellings been a tad easier as we have hostels and thus space and
time to just chillllllllllll out and properly enjoy eachothers company.

4th December
From Qualidiyya we went to Al Jaldida, where we dropped off our bags at the bus stop in order
to enjoy a full day in the city.
So in case your unaware, one of our travel friends, Andrew, has dread locks.  Firstly,
this draws any attention away from the blonde haired women, (or dark haired David),
and onto the feminin-haired man.
But morover, all of Morocco(and Jordan, come to think of it) see dreads and are reminded
of two things: Weed and Bob Marley.  So everywhere we go, the urchins call out to us;
'Hey! Bob Marley!' 'hashish?' 'how much you want?' and though we tell them that
No, we don't smoke, they simply don't believe us.
Al Jadida holds a typical old city, fortified by the Portugese, with vibrant walls
of all colours -yellow pink blue - peeling off one another.
The reason we were particularly keen to stop here was to see the underground water system.
I discovered that morning that my camera has manual settings, so we spent a good few hours
in the peaceful underground cavity experimenting with photography.
We spent the last hour before the bus playing cards by the sea.

The afternoon bus drove us to Casablanca.  Holy Moly.  It was like driving into another world.
suddenly, the tin rooves and mud walls are a strange memory, as I'm presented with a
European Morocco.  I'm blinded by the lit up City Sky scrapers, and the flashing lights of
clubs and five star hotels.  Hundreds of people que the streets waiting for taxis, people
dressed very western - Short skirts, long boots, holding a take away coffee.  We're
released into an indoor bus station and wander out onto the streets shocked by a tramway.
We've had no hot showers for what feels like weeks, and are feeling desperate for wi fi so
David and I can buy our tickets to Egypt. (And, more importantly, contact the fam!)
We know from Anna's book where most of the hostels are and begin to persue these streets.
Full. Plein.  Desole, Desolee.  Every hostel, even the pricey ones we wouldnt have accpeted,
were booked out.  We refer back to the book to find a warning:
You must book your hostel for casablanca in advance for they have a tendancy to book out all
year round.
So we decide to carry our bags to the other side of town - to the madina - where's the
youth hostel.  We find one cranny to share, cheap enough, where they sqeeze in four matresses.
Not quite the hot showers and wi fi we'd imagined, but David and I find a five star hotel
around the corner who let us use their internet for free!!!!

5th December
Exploring Casablanca.  It has 700 mosques.  Went to the biggest one - its huge - biggest
in all the world and probably made with all the country's money.
Its not so much the case with mosques, but David and I, travelling Europe, became replused
by all the churches (though we continued to visit em all).  They're glamour and gold hypocricize
all the values which we see akin to what they're meant to preach. This mosque reminded me
of the churches all over again.  However much I prefer to visit the ocean, and find a tree
far more consoling and spiritual than a church or mosque, I am a sucker for their beauty.
Particularly the designs of mosques.
The old city of casablanca is really run down (strangely, as the rest of the city is so
well maintained).  The ground is upside down and rocky (perhaps about to be re-paved) and
the houses re made with scraps of timber or tin.  Nothing romantic about it, as with the
other madinas.  Though on the other side of town the roads are lined with spectacular
art nouveau architechture !! Perhaps I need to visit Paris because I really liked it.  Very
dolly yet creative and bendy.
It was on the bus out of casablanca (i wanted to leave sooner than later - back to the villiage
lifestyle which lives in the small cities and which I lovelovelove) that I saw the
outercity suburbs where most mosques and people live.  A lot of poverty.
As you travel and talk to the locals, you get such a variety of opinions about the government.
I really cant generalise.  The english-speaking (thus well off?) young man I met in casa
told me that Morocco is doing far better than Europe.
There are many Africans in Morocco, particularly Casablanca.  If theyre cuaght by
the police (as their visa expires after a short amount of time) the police usually says
'be good' and leaves them alone.
Many used to travel through morocco to get to Europe, but as Europes economy is declining
more and more of them are staying in Morocco for work (legal or illegal).  Many people up
north of the Atlas are fairly well off. 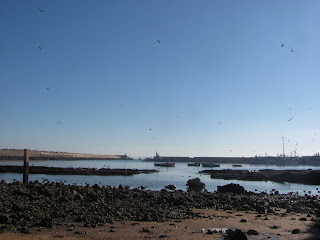 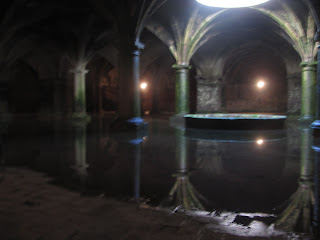 Sof
There are so many ways to aliken ourselves to clouds, I really love all of them and I think as I'm roaming the world its particularly relevant